What Nonprofits Can Learn from Political Ground Game Fundraising Strategies

No matter the size of a nonprofit or how established the organization is, there is one thing all nonprofit organizations are constantly thinking about — their fundraising strategy. After all, a nonprofit can only make progress towards its overarching goal if a sufficient amount of funds are raised for the cause.

In politics, the term “Ground Game” refers to the ability of a politician or group of campaign leaders to motivate constituents to rally voters and drive fundraisers. That is, instead of the party leaders putting in the majority of the effort, they mobilize their followers to do the canvassing.

According to OneAgenda, a politician or political movement’s level of Ground Game is where “elections are won or lost.” That same article goes on to explain that “Today’s political ground game is heavily supported by microtargeting and extensive voter data collection and analysis.”

So what does this mean for nonprofit organizations?

By taking a page out of the politician’s book of Ground Game fundraising strategies, nonprofits can directly target their ideal audience and build a sustainable future backed by a strong community, loyal donors, passionate volunteers, and an ongoing influx of new supporters.

Here are Some of the Top Takeaways for Nonprofits 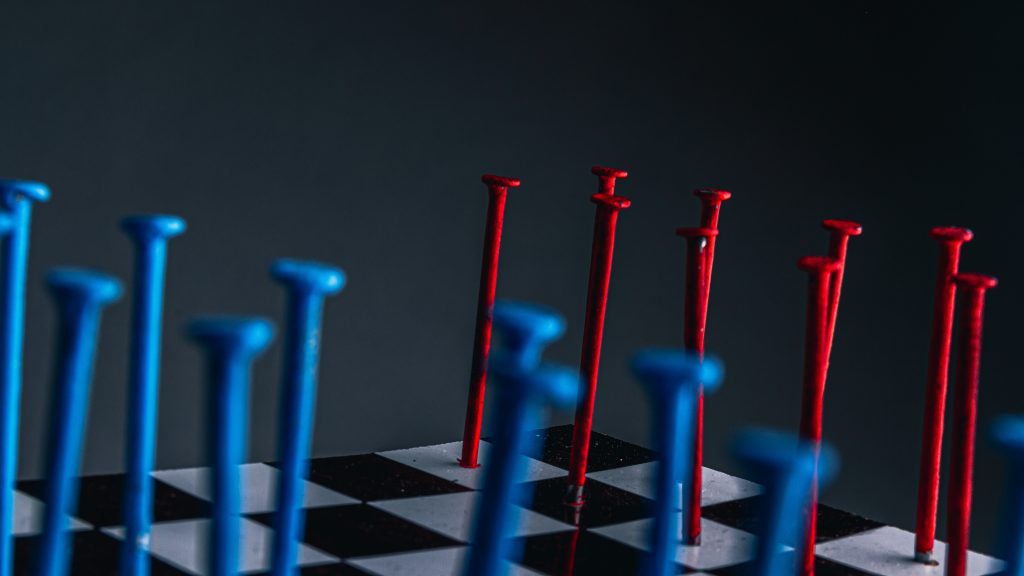 Air Game, Air War, Ground Game—These are all political terms referring to strategies used by campaign leaders and politicians to reach their constituents. As defined by Collins Dictionary, Air Game/War is “the part of a political campaign that is conducted over the radio and television airwaves by senior politicians.”

Just like nonprofit organizations can utilize Ground Game strategies, they can also adopt Air Game methods. Through the lens of the nonprofit sector, Air Game refers to anything nonprofits can do to inorganically spread the word about their nonprofit.

This includes paid ads, radio commercials, television commercials, banners, billboards, etc. While these methods can bring awareness, they are proven to not be as effective in forming a deep connection with supporters.

Therefore, it isn’t beneficial for nonprofit organizations to focus too much on Air Game strategies. Instead, by adopting more Ground Game strategies into their campaign workflows, nonprofits can expect to form closer bonds with their supporters. 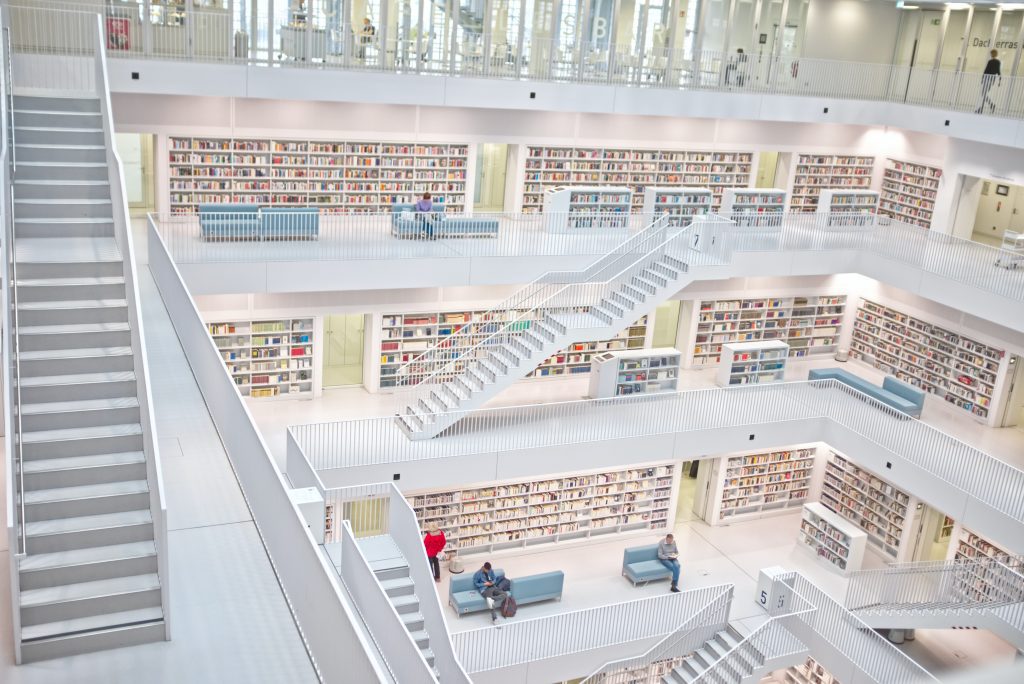 Most nonprofits start out with a handful of dedicated volunteers. However, many organizations fail to conduct the necessary research to pinpoint their target donors and future volunteers. Before you can expect your top volunteers to fulfill a Ground Game strategy, you must first have an idea of who your target audience is.

What are the demographics of your target audience? What type of person would be willing to volunteer their time for the nonprofit? What is the profile of the donors you plan to engage with? What motivates these donors to want to give money to your nonprofit?

All of these questions can be answered through the mindful use of software designed to help nonprofits effectively grow and connect with their community. It is recommended that nonprofits seek the benefits of established software or programs to help them in analyzing target audience data and keep initiatives, contacts, and volunteers organized.

Interestingly, Small Business reported that “Workers appreciate a compliment and take ownership of their work when they feel recognized. Recognition reinforces accomplishments and engages the employee to work harder.”

Whether we are referring to employees of a corporation or volunteers and donors for a nonprofit organization, recognizing those who serve your cause is a great way to encourage their ongoing loyalty and engagement!

As it turns out, political ground game methods do this well by shouting out their most dedicated volunteers and donors. By providing that recognition that most people desire deep down, they are providing reinforcement for that supportive behavior. As such, politicians and political campaign leaders often make “recognition” a prominent part of their strategy.

By recognizing your most dedicated volunteers, donors, and other supporters, you are making them feel seen, accepted, and part of the team. One of these ways is by giving them a shoutout for their hard work through email or text blasts.

Did your volunteers manage to exceed their fundraising goal at the last event? Send a text blast to the whole organization giving that fundraising team a shoutout! Did a prominent donor make a generous donation? Disperse an organization-wide email thanking that donor and highlighting what the funds will be used for!

For more tips and tricks to building strong bonds with donors, check out my article about Donor Retention—A Guide for Nonprofit Organizations!

If we take a look at political campaigns, one of their ground game strategies is to make volunteering and donating easy for volunteers and contributors. Let’s take Barack Obama’s presidential campaign for example.

As reported by the Miller Center, “Relying heavily on the Internet, the Obama campaign mobilized Obama for America (OFA), a massive grassroots organization of volunteers and donors.” That same article went on to explain that Obama had matched the Clinton and Edwards political fundraising efforts by “drawing on his online base of supporters”.

Obama’s campaigns were known for being streamlined and organized for both volunteers and donors. This made it easier for campaign leaders to rally forces and to take the important and actionable steps that resulted in Barack Obama being elected president.

Rather than forcing leadership to keep track of every aspect of the nonprofit, you can empower your best volunteers to run fundraisers and organize events. This will give them a sense of involvement in the nonprofit they believe in, and it will also persuade other supporters to step up to that level as well.

Furthermore, by making donating a seamless process for your donors, you are encouraging future donations. After all, no one likes to feel as though they have to jump through hoops just to give a nonprofit money.

Software Support to Help with Implementation 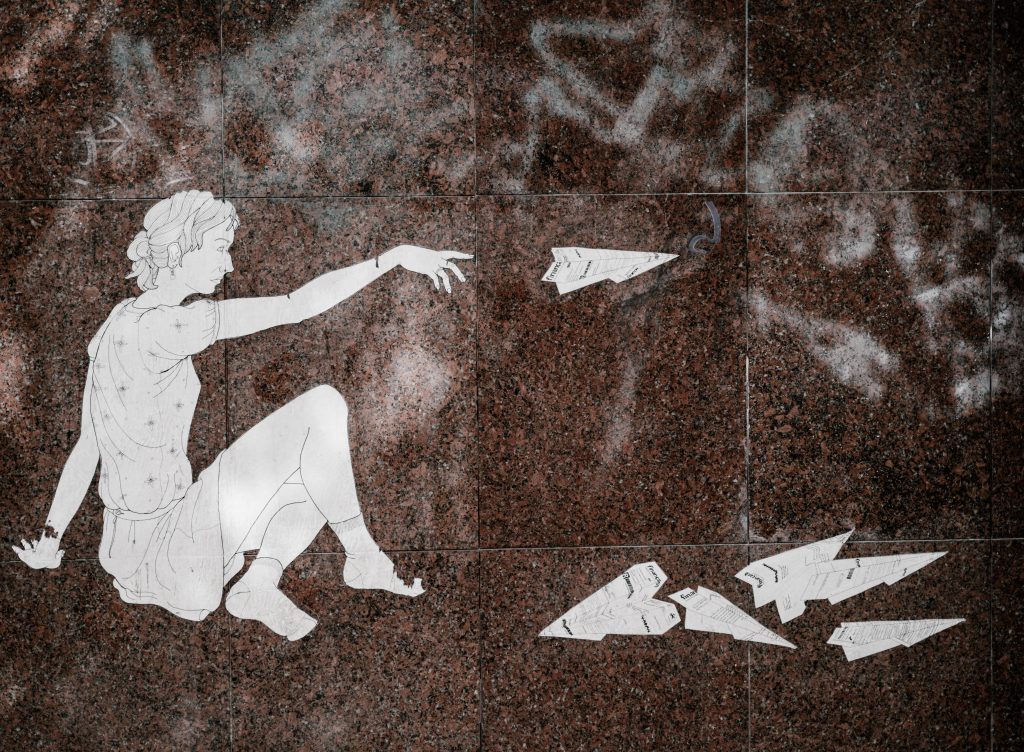 Oftentimes, nonprofits become paralyzed when it comes to making decisions or implementing new engagement strategies – like some of the Ground Game suggestions in this article. This can happen because of a lack of communication and confidence between leaders, volunteers, and donors, which is often the result of not having the systems and structures to support growth.

If you’re in need of a software solution to help you with this, our friends at NationBuilder help you keep track of volunteers and donors while your campaign leaders plan your next fundraising initiative. Not only does NationBuilder make it more convenient for nonprofits to stay in touch with all of their supporters, but it also makes it easier for supporters to help drive engagement themselves. Check out how the software does this on a demo: nationbuilder.com/mallory.

Successful political campaigns can be closely followed and mirrored by nonprofit organizations. From the way you can analyze data to pinpoint your target audience to utilizing relevant software to maintain an organized workflow can all be similar to how politicians run their own political campaigns.

Nonprofits can learn from political campaigns when it comes to recognizing supporters and empowering committed volunteers. By doing this, you are distributing the work and making deeper connections with your nonprofit’s supporters.

Moreover, nonprofits that follow the political structure of making donating and volunteering an easy process are more likely to succeed in achieving goals and building a long-lasting future for the organization itself!

Here at What the Fundraising podcast, I invite influential people from inside and outside the nonprofit sector to speak on their best tips, tricks, and insights about fundraising. I think you will, particularly like this episode with Ian Patrick Hines that includes some great Ground Game insight. 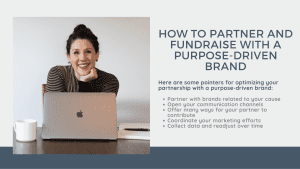 How to Partner and Fundraise with a Purpose-Driven Brand

While the for-profit and nonprofit sectors have different goals, their interests are more aligned than they might seem. Cross-sector collaborations 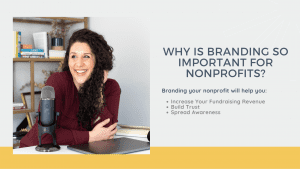 Why Is Branding So Important For Nonprofits?

If I ask you to give me the name of five nonprofits that work in the field of wildlife conservation, 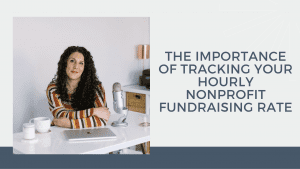 The Importance of Tracking Your Hourly Nonprofit Fundraising Rate

It’s no secret that there are a lot of moving parts when it comes to effective nonprofit fundraising. From onboarding 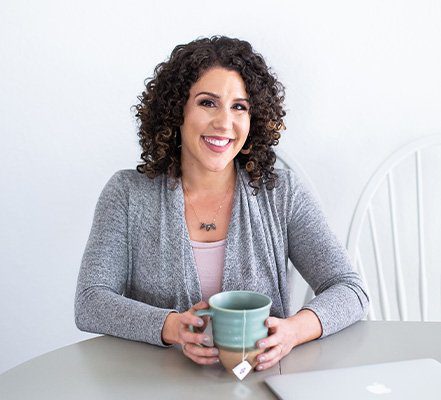 QUIZ: WHAT IS YOUR UNIQUE FUNDRAISING STRENGTH?
Learn more
This is default text for notification bar
Learn more